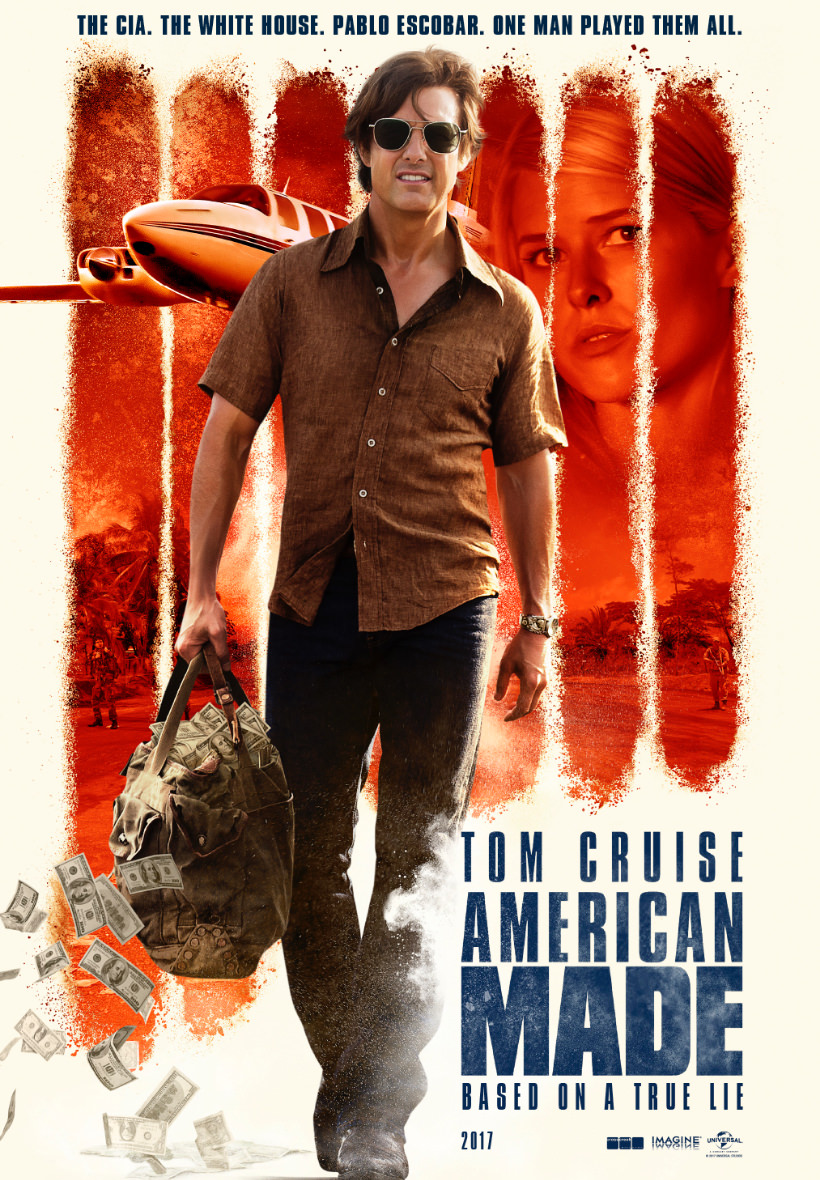 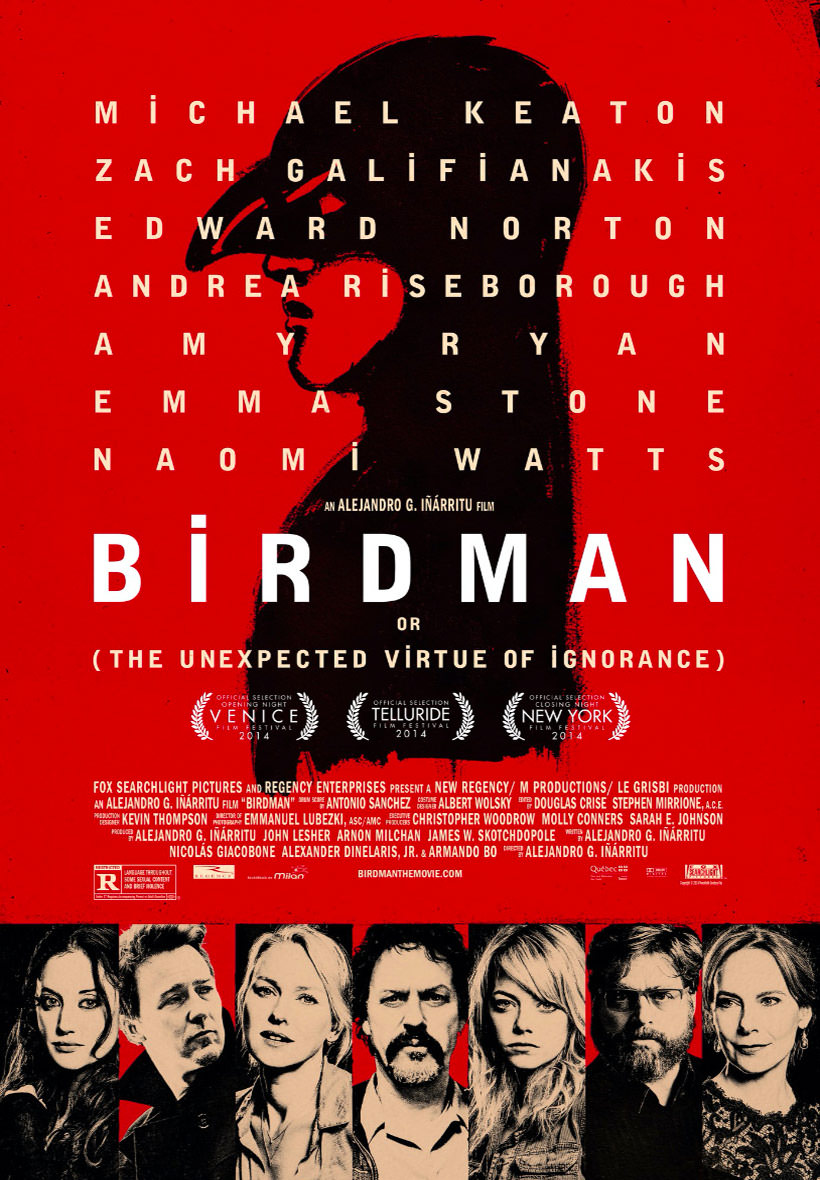 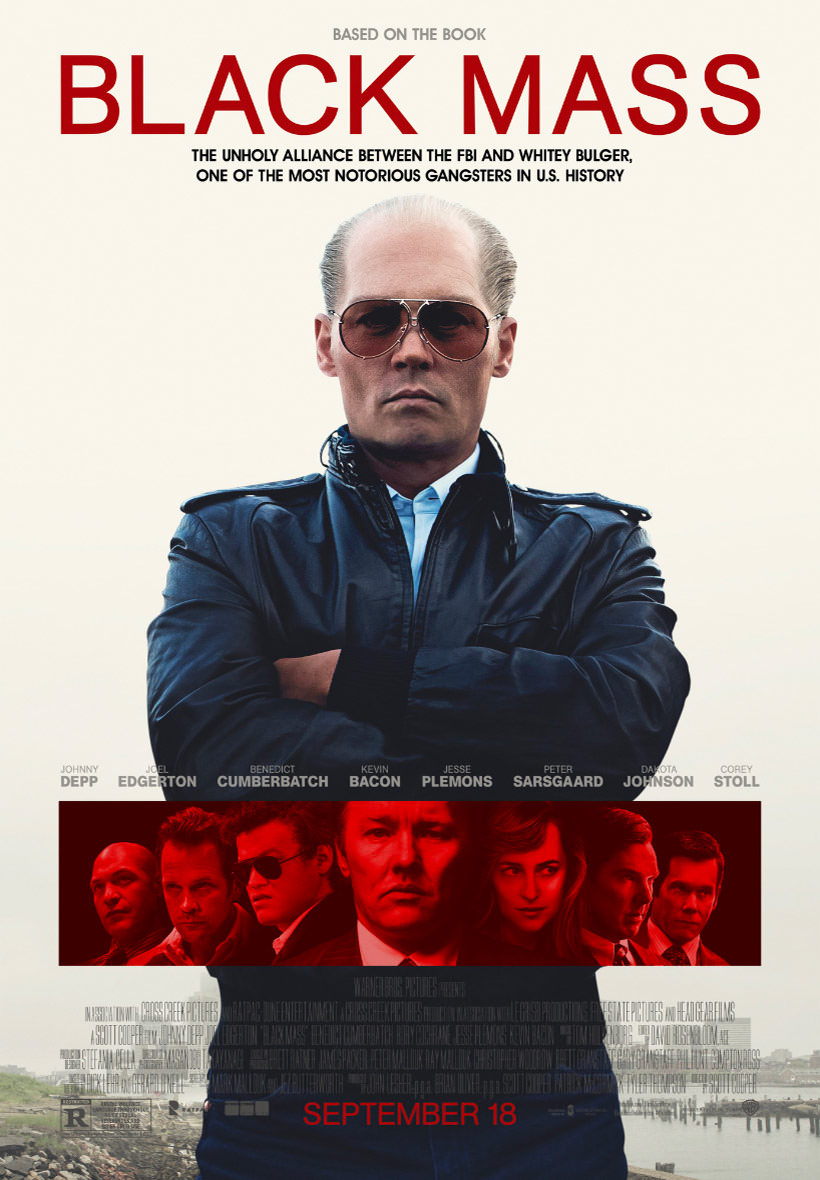 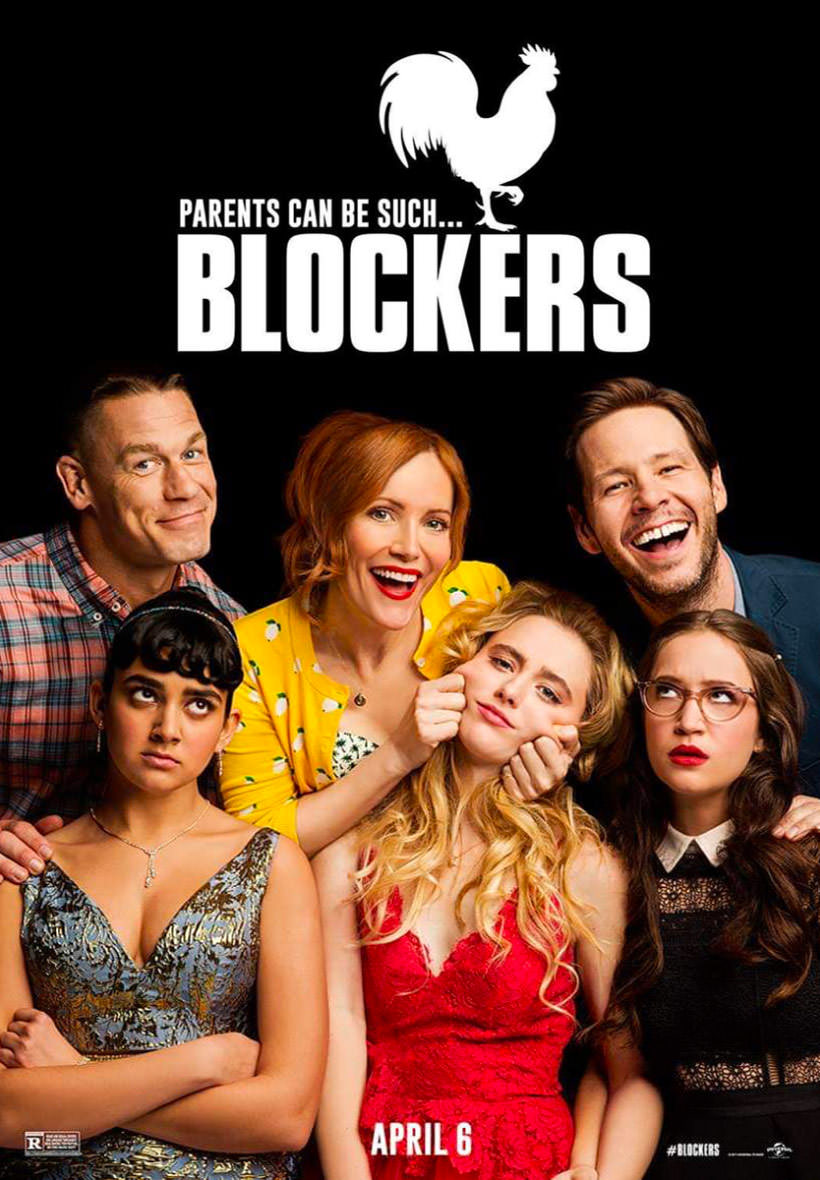 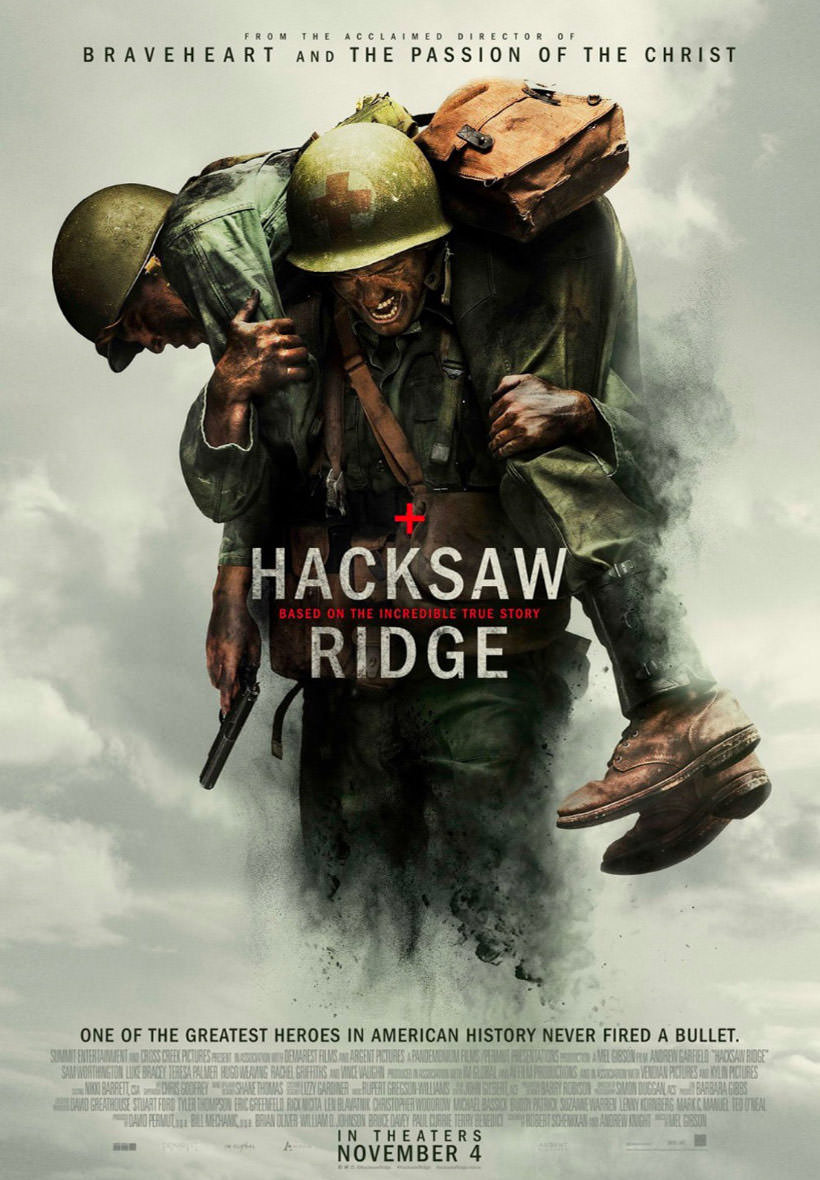 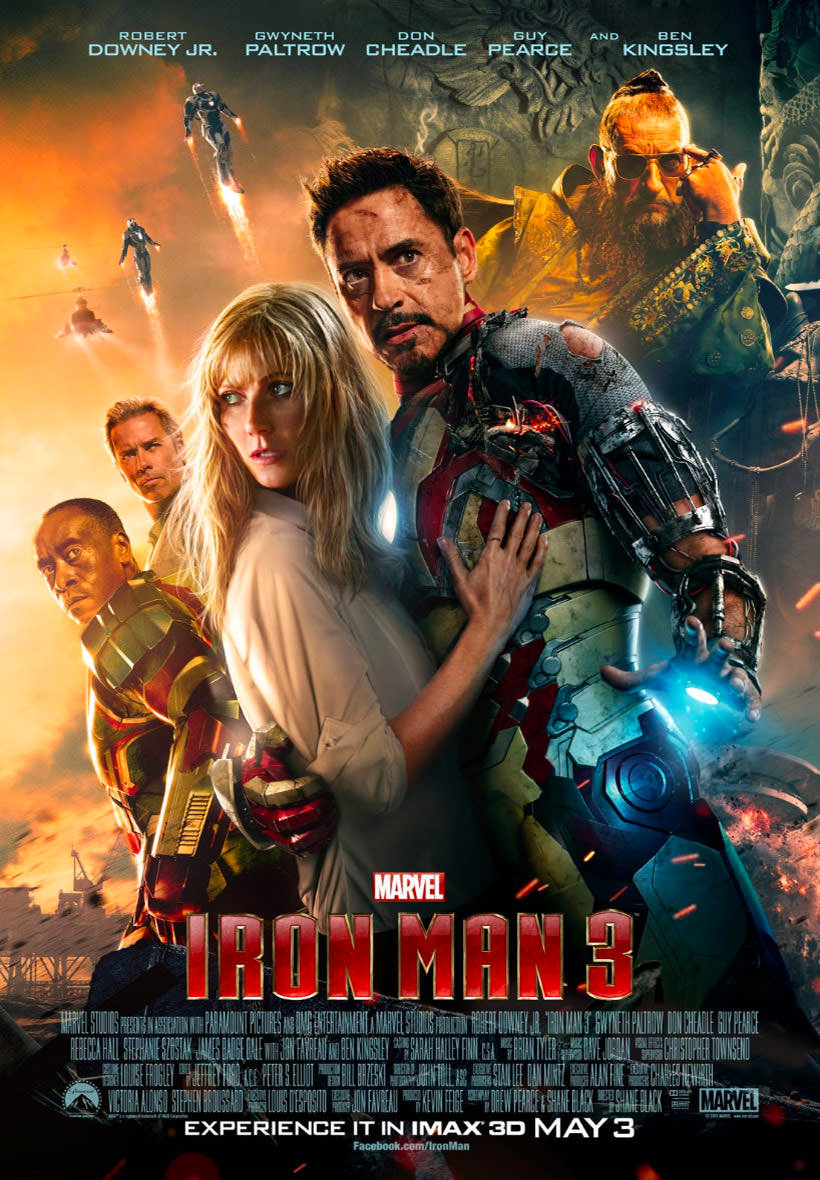 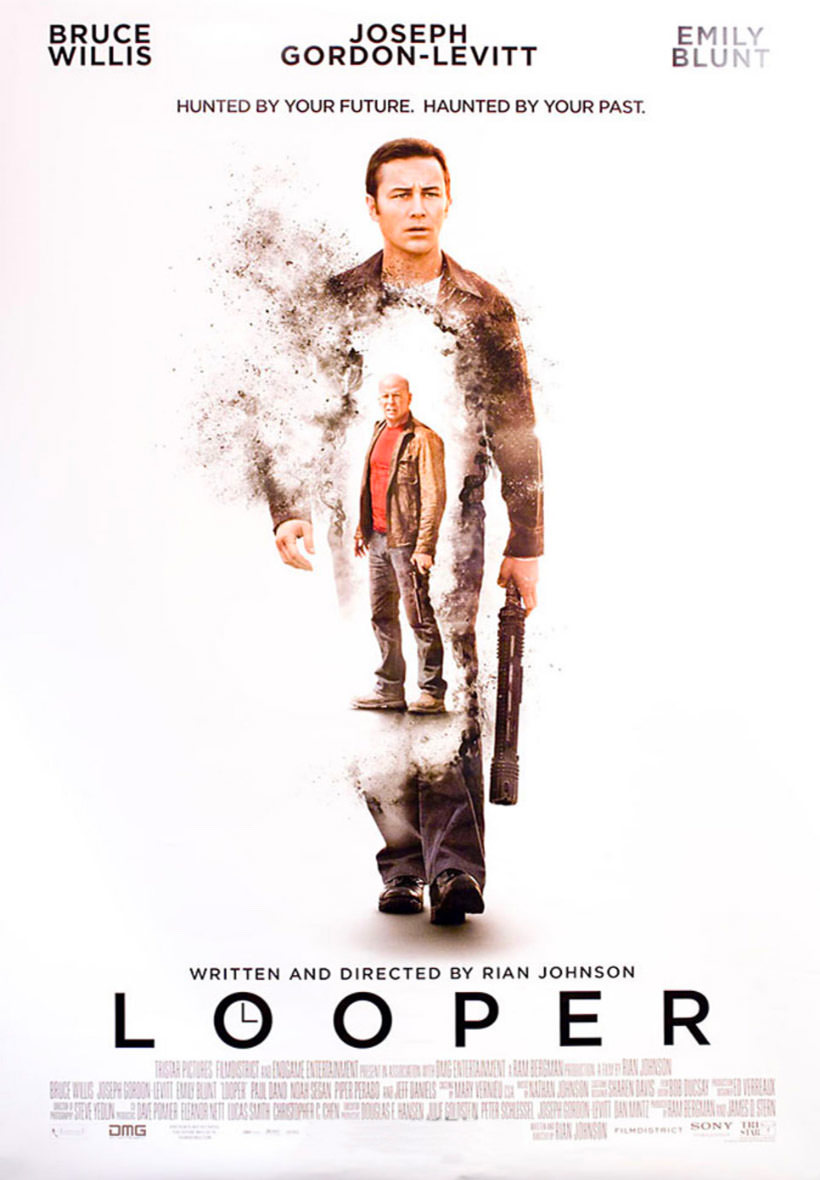 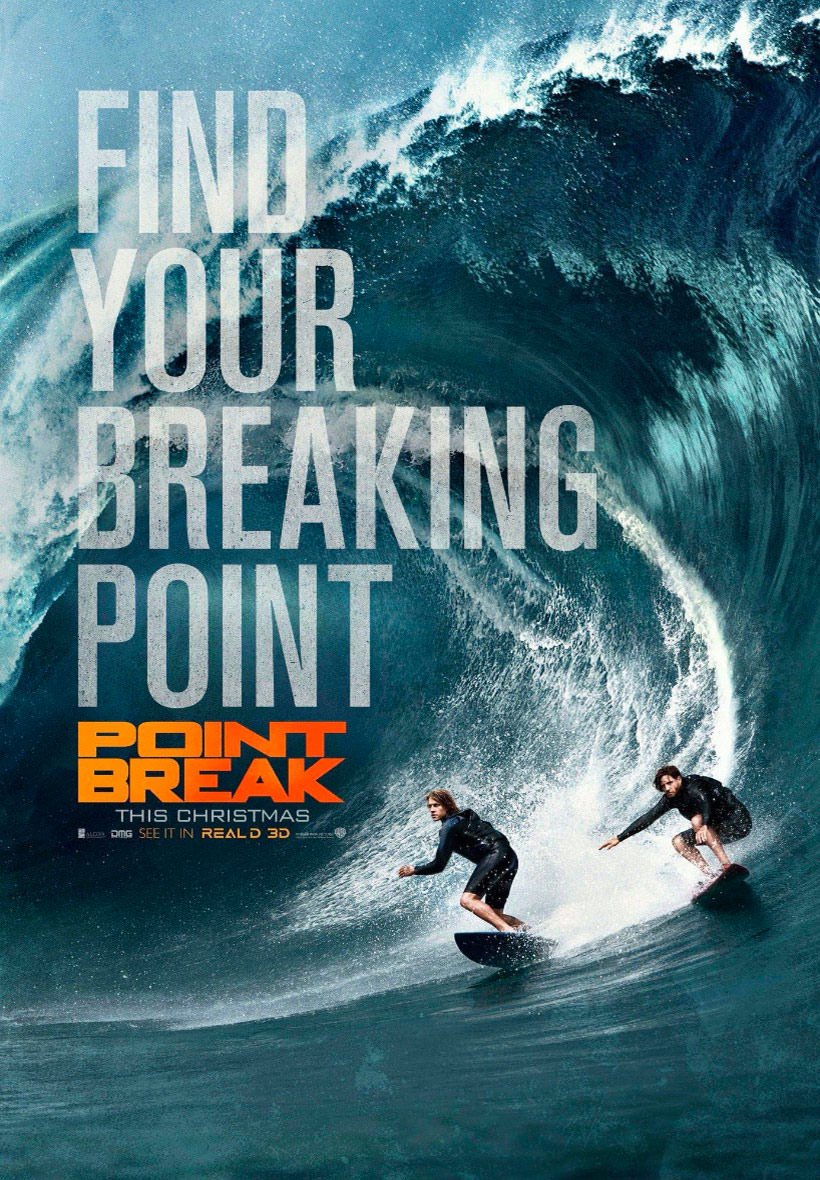 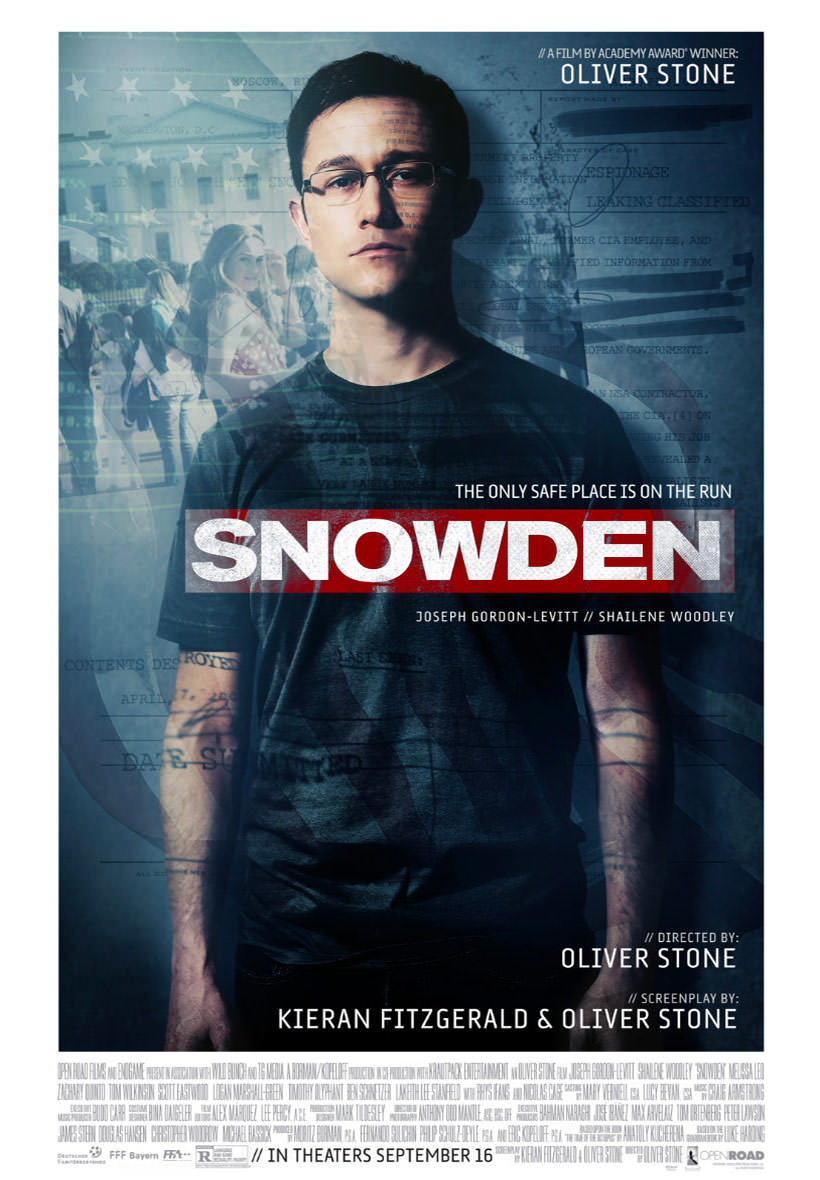 Mr. Fenton is responsible for leading the overall strategy of the company and he oversees content financing, investments and acquisitions. In 2018, he completed a 17-year tenure as president at DMG Entertainment Motion Picture Group and general manager at DMG North America, a global media company headquartered in Beijing and publicly-traded on the Shenzhen Stock Exchange. Mr. Fenton supervised the development, financing, production, marketing and distribution of DMG’s globally focused entertainment content, as well as managed its vast library of intellectual property and directed M&A strategy.

During that period, DMG grew from a 35-employee private company to an 800-employee conglomerate worth more than $6 billion. Mr. Fenton produced or supervised over 20 films, ranging from big budget franchises (“Iron Man 3”, “47 Ronin” and “Point Break”) to niche-oriented films (“Looper”, “Chappaquiddick” and “Blockers”), grossing more than $2 billion in worldwide box office. He also completed a successful three-year board term at Valiant Entertainment on behalf of DMG, overseeing its multi-staged acquisition and the company’s transition from comic book publisher to studio.

Mr. Fenton is a member of the Producers Guild of America and the Academy of Television Arts and Science. He serves on the boards of Wasabi Technologies, WatchMojo, the China-Hollywood Society and Cornell in Hollywood. Additionally, as a trustee of the U.S.-Asia Institute, Mr. Fenton hosts delegations of U.S. Congressional representatives on diplomatic missions to China and Hong Kong focused on trade, media and investment. He spent the first eight years of his career as a William Morris Agency motion picture and television agent. Mr. Fenton holds a B.S. in Engineering from Cornell University.

Ms. Anderberg is responsible for the day-to-day operations of the company and she oversees the execution of its strategic plan. She is a film industry veteran with experience in the distribution, financing and production of feature films of various genres. Ms. Anderberg was VP of sales and operations at Beverly Hills and Paris-based Cinema Management Group, where she managed the day-to-day operations including all financial reporting, legal affairs, sales and acquisitions, until her departure in 2018. From 2016 to 2017 she also consulted for a Chinese entertainment firm overseeing strategy, investments and co-productions. Since leaving her near decade tenure at CMG, Ms. Anderberg consulted for sales, financing and production outfit Voltage Pictures. She holds a B.A. in English from Loyola Marymount University.

Mr. Johnston is responsible for implementing global corporate initiatives and managing strategic partnerships for the company. He oversees all investor relations and legal matters, including compliance and risk management. Mr. Johnston served as EVP and managing director at Vendian Entertainment (“Black Mass” and “Hacksaw Ridge”) and VP of business development at Worldview Entertainment (“Birdman”), where he was responsible for business and corporate development, capital raising and investor relations. He has over 20 years of experience in the entertainment industry as a transactional attorney and investment manager. Mr. Johnston has broad expertise in providing business and legal guidance to film and media financiers. He holds a J.D./M.B.A. and a B.S. in Biology from Samford University.

EVP of Finance and Technology

Mr. DiGregorio is responsible for leading the research and analytics of content investments for the company and he oversees the implementation of new capital markets solutions. He is also the founder of Tokenscope, a media finance and technology consulting company that specializes in structuring new fintech solutions for content investments and media assets. Mr. DiGregorio has extensive experience working with blockchain startups, technology focused venture capital firms and traditional media companies. He holds a B.A. in Economics and International Studies from the University of Miami.

Mr. Gold has served in a variety of roles in the entertainment industry over the last 30 years, including a talent agent/manager, content producer, TV personality, VC advisor, angel investor and philanthropist. Early in his career, he spent several years running a company representing the careers of Jimmy Fallon, James Gandolfini, Donnie Wahlberg, Jeffrey Wright and 50 other notable artists, involving production deals with several major studios and networks. As a celebrity ambassador, Mr. Gold has hosted or worked closely with over 300 major celebrity charity events for luminaries such as Bill Clinton, Richard Branson, Quincy Jones and the UN, helping to raise over $500 million for causes worldwide with a special commitment to ALS.

Additionally, over 200 million poker players and gamers worldwide recognize him as a legendary icon after he won the 2006 World Series of Poker Main Event, which included 8,773 entrants and the largest prize pool in gaming history.

Mr. Kelly is the founder of Cinematica Labs and Wolverine Angels. He has invested in over 20 technology startups and participated in the financing of more than 20 feature films. As a technology investor in California, Mr. Kelly has backed founders including Rachel Payne (FEM, acquired by Nielsen Gracenote), Shane Hegde (Air Labs) and Ramses Alcaide (Neurable). He has also immersed himself in the application of artificial intelligence to mitigate human bias in venture investment decision-making and iterative startup strategy through his past work at CrowdSmart.

Mr. Patadia is the founder of Nyuleaf Advisors, which is a Mumbai-based corporate advisory services firm focused on private equity, venture capital, mergers & acquisitions and structured debt syndication. He has worked with leading Indian and international business entities such as Reliance Group, Balaji Telefilms and Emaar Group.

In 2006, Mr. Patadia started PMI Entertainment, which became an established production company in India. He raised significant private equity financing, made investments in other joint ventures in the entertainment sector and completed a successful exit for both PMI and its investors. During his earlier career in investment banking, Mr. Patadia successfully completed transactions in the education, consumer and financial services sectors.

Mr. Olivier is the founder of Binge Media, which is focused on applying blockchain and artificial intelligence technologies to further transform the European film industry. Prior to this, he was general manager at Iron Mountain Entertainment Services and CEO of France, Spain and Benelux at Panavision and Panalux, achieving deep digital transformation processes for these companies.

From 2000 to 2004, Mr. Affre was CFO and Co-CEO at Madrid Film Lab, which was bought by Technicolor. Between 1992 and 1999, he managed refinancing models and operations for a mortgage credit subsidiary at Paribas, then financial risks model and hedge operations at the large telecommunication company, Orange. Mr. Affre has a M.S. in Telecommunication Engineering from ENST and a M.B.A. from Dauphine University.

Mr. Woodrow is responsible for guiding the strategic vision of the company and he oversees the global development of its brand and franchise. He has significant expertise in structuring and investing in filmed entertainment transactions and is focused on leveraging capital markets technology to provide financing for major motion picture studios.

Prior to this, Mr. Woodrow was founder and managing director at Prospect Point Capital, an investment company focused on structured finance and venture capital opportunities in media and entertainment. He was previously a vice president at Citigroup Global Markets and worked in investment banking at Oppenheimer & Co. Mr. Woodrow began his career managing business development at Syrinex Communications, a pioneer in the evolution of the Internet server appliance. He performed his undergraduate studies at the University of Alabama.

Mr. Haimovitz’s experience incorporates all aspects of operating and managing diverse businesses through all their various phases. He served as vice chairman and managing partner at Dick Clark Productions, where he led its acquisition in 2002 through to its sale in 2007. From 1999 to 2001, Mr. Haimovitz led key aspects of MGM’s business in his role as president at MGM Networks and chairman of the Library Task Force. He was charged with optimizing the sales of MGM’s film library with a specific focus on the creation of new entertainment channels for the burgeoning worlds of digital cable and satellite television. During his time at MGM, Mr. Haimovitz also advised MGM’s chairman and CEO’s as a special consultant. He recently joined the board at Inoviva and was a former board member at Ariad Pharmaceuticals, which was sold to Takeda Pharmaceutical Company for $5.2 billion.

Before joining MGM, Mr. Haimovitz was president, COO and a board member at Aaron Spelling Productions. While there, he engineered the acquisition of Worldvision Enterprises and Laurel Entertainment and merged them with Aaron Spelling Productions. In addition to broadening Spelling’s business through the tactful, strategic acquisitions, Mr. Haimovitz also oversaw the revitalization of the company’s creative assets through the development of such iconic television series as “Twin Peaks” and “Beverly Hills 90210.” He joined Aaron Spelling Productions following a lengthy tenure at Viacom. While at Viacom, Mr. Haimovitz managed more than $1 billion in revenues through the various senior management positions he served in, including president at Viacom Network Group and president at Viacom Entertainment Group. In these positions, he oversaw Showtime, Showtime’s The Movie Channel, MTV Networks, Lifetime and Viewer’s Choice, its satellite pay-per-view network, in addition to Viacom Enterprises, Viacom Worldwide Distribution Company, Viacom Productions and Viacom’s stake in Orion Pictures.

Ms. Hungate is an internationally recognized expert in the media space. Her experience spans the financing, production, distribution and commercialization of audio-visual content across multiple platforms. Ms. Hungate has spent the last 20 years in executive roles in the television and digital media sectors, including running some of the largest TV production companies in the world.

She began her career as a lawyer at BBC and then joined the independent television production sector taking on a role as head of legal and business affairs at Princess Productions. Then, Ms. Hungate joined the award-winning television production company, Wall to Wall Media, as head of commercial and business affairs, later rising to managing director. There, she set up an in-house rights distribution company, which continued to grow throughout her tenure. Ms. Hungate also commercialized and rolled out the BAFTA and Emmy Award-winning format “Who Do You Think You Are?” across the world, taking it into production in over 20 territories. She was also instrumental in the financing and production of Oscar-winning theatrical documentary “Man on Wire”.

In 2007, Ms. Hungate helped lead the sale of Wall to Wall Media to AIM-listed Shed Media PLC. In 2010, as COO at Shed Media, she was instrumental in the MBO by Warner Bros. In 2014, Ms. Hungate became CEO at Warner Bros. TV Production UK, overseeing the integration, growth and operations of the nine Shed Media production companies across the UK and USA, reporting directly to the president’s of Warner Bros. TV. In 2017, she managed the turnaround of a struggling MCN and digital agency, Brave Bison. When Ms. Hungate left the company, Brave Bison was the biggest publisher on Facebook globally, driving between 4-6 billion views a month. She is currently advisor to the board at Chimp Productions, Richard Hammond’s (“Grand Tour” and “Top Gear”) content production company, and chair at The Nerve Media Group.